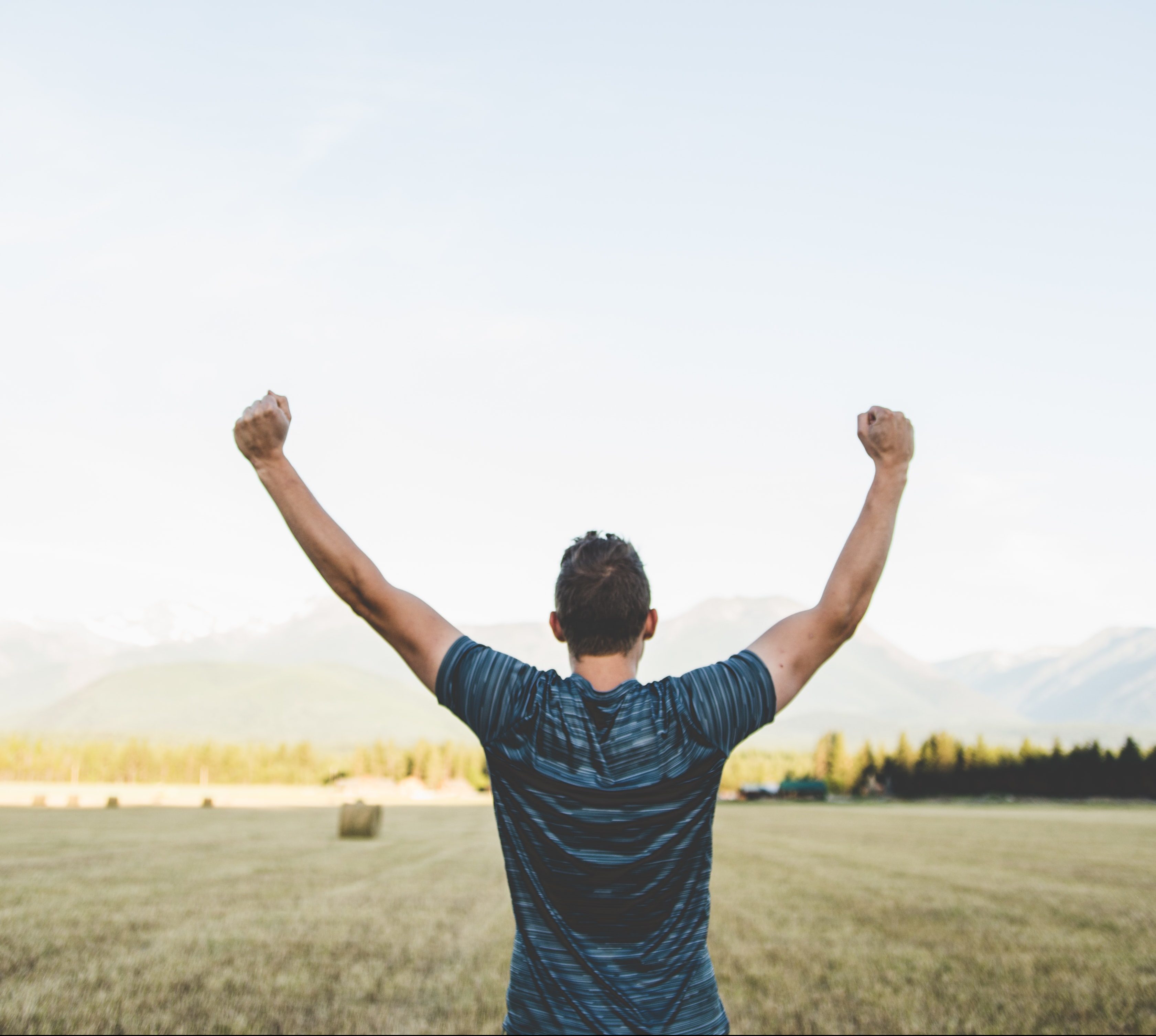 When people described Dermot, they started with the stutter.  He knew that when he walked into the classroom late one morning, that Chas had been doing an impression of him, but he let it pass.  He didn’t cause a scene or challenge him.  He knew that even if he had won a fight, he would be the loser for getting upset.

Dermot’s mates were in different streams, leaving him at the edge in Form time.  At the centre was friendship, joke telling, teasing, ease and comfort.  At the edge was the discomfort of not quite understanding the rules.  Crucially, there was the sense that you were not winning.

Just before Form Time, the boys would gather in the right-hand back corner of the classroom.  Girls were in smaller, hierarchical cliques around the room.  Dermot would laugh along at the jokes and sometimes try and tell one.  He was good at remembering scripts and could do, what he thought was, an excellent impression of Rik Mayall.  But he never got a big laugh like Chas.

At break time, he would find his old mates, Craig and Paolo. Paolo had a crush on Becky and had started a conversation with her angling to asking her out. It was going well, until Paolo blew it.  Becky disapproved of the discussion about Asians coming over here, buying up cheap clothes and selling them on the market. Dermot was clear.  It wasn’t racist.  He didn’t care about the colour of their skin, but they were taking jobs, undercutting quality and yes, sometimes they did smell a bit.  Becky didn’t respond, and just left.

That Saturday, however, he was winning.  Away from school, he had a small band of mates from his non-Catholic primary school on a different side of town and supporting the other football team.  The team that got him scoffed at the rest of the week. Huddled on Row D, a warm crowd against the chilly northern afternoon, the fourth goal was rapturous.  Cheering, jeering, hugging.  Dermot was winning and he liked it.

A-Levels having gone better than expected, here Dermot was, at a prestigious university, studying engineering.  The month before term started, just after his surprising A-Level results, his Dad had died.  Heart attack. The family took comfort in the hope that it must have been a quick death.

Dermot bumped into Becky on campus.  They hadn’t known they were both in the same city, but different courses.  Dermot didn’t understand the point of Philosophy and Politics.  They had smiled at each other and agreed to meet for a coffee.

When Dermot told Becky about his Dad, it got awkward.  He was used to it. She put her hand on his elbow and said, “I’m sorry”, and then ran out of words.  The conversation was banal. He tried to tease her about going vegetarian, but she didn’t rise to it.  She tried to tease him about how boring engineering sounds.  He also didn’t rise.  The only point of common ground was full fat milk.  Becky had discovered the joys of full fat milk at university because her parents always had skimmed.  Full fat was all you could get from the porters at her halls. And now she didn’t think she could go back.  She even made hot chocolate in a pan every night.  Dermot smiled and agreed.

They saw each other occasionally on campus. Becky always had some boy mooning over her.  He assumed that is how she saw him too, a boy who would fall for her, but she really wasn’t his type.  She was pretty and if she showed any interest he might, but she was weird.  She wore her hair too scruffy, rarely wore make up and her clothes were eccentric.  Still, good to see a familiar face.

Dermot was a father.  Baby Jessica was amazing, so beautiful.  He had been lucky to find Amy.  They shared a love of amateur dramatics. And this amazing woman had found him interesting too.  Not only had she agreed to marry him, she had had his baby.

Amy was a few years younger.  She had been shy when they first met, but came alive on the stage. She was slight and dark and easily overlooked.  She had delicate features, a little nose, deep eyes and a mouth just full enough to be called pouty.  The wedding had been a small affair.  Amy had looked stunning in a short white dress with a traditional veil.  The pictures outside the registry office show a beaming young woman and a doting older man.  Neither of them had big families but the AmDram crowd made up the congregation.  It was just a buffet for the evening do, with Terry (the Pantomime Dame) doing the DJing.  The cake had been the biggest extravagance.

The house was the perfect, modest, starter home and Dermot was practical enough to have decorated a pink nursery and assembled the cot.

Jessica looked so tiny in his arms.  Dermot was in love and he realised that this meant never letting this girl down.  When Jessica grabbed his finger and looked at him, he knew he was winning.

Facebook is a funny old thing.  Because of Facebook he was attending a lunch at Becky’s. She lived locally and a friend from school, Judith, was back in the country.  Becky was throwing a small get together in her back garden.  He was the only man invited.  The rest were mothers and children.  Becky had a daughter the same age as Jessica, Judith had a baby girl and Helena had two sons either side of Jessica and Becky’s daughter.

A bright, summers day in the back garden of Becky’s semi-detached and she had made pizzas, garlic bread and salad – all vegetarian, but still tasty.  She had also made a chocolate cake for desert served with strawberries.  Dermot had several helpings of both courses.  The children played together, despite never having met before.  There was a trampoline and a climbing frame for them to explore and some sort of game evolved around rescuing each other from the spiders in the den.

Dermot didn’t admit to the old classmates that his marriage was falling apart.  Amy was leaving him for a work colleague, someone Dermot had considered a friend.  He didn’t really blame her. It turned out, he didn’t know how to be a husband. He just wanted to be a dad. Amy had found him boring.

But here in the dappled sunlight of a leafy back garden, watching his beautiful daughter play, he could at least pretend for a while that he was winning.

Divorce was behind him and he had met Shelley.  She was very different to Amy. She was large, confident, glamourous and older.  Also divorced and with her family moved on, she now just needed like-minded company. Thank goodness he had found her, Dermot thought lying in the hospital bed.

Same age as his Dad when he had had a fatal heart attack, Dermot was recovering from a stroke. It wasn’t catastrophic.  He was struggling now, but was expected to recover his speech and most of his movement.  He was being well looked after, although he didn’t like the consultant. She was Portuguese and had a difficult accent and Dermot thought, a difficult attitude.  The nurses were great, even though many also had difficult accents. He would be going home via a rehabilitation centre where he would receive physiotherapy.  He was told to change his diet.  Dermot and Shelley were fond of eating out, sharing a bottle of wine, always choosing desert.

It was a battle, but he was going to win.

It had been a weird day.  His speech was wobbling again and the GP told him that his blood pressure had risen.  He was given a two-week sicknote.

He logged onto Facebook, to find Becky ranting again.  She was an academic now in a constant rage about ‘structural’ issues. (As an engineer, he was pretty certain she was misusing the word structural, to explain Brexit and women not achieving).  Today she was fuming about the underfunding of the NHS.  Apparently, her daughter had collapsed at school, but she was incredibly grateful for the care she had received and the paramedics who had attended.  He got that.  He knew he was still here, partly because of the care the NHS had provided, alongside Shelley and his own stubborn nature.  But he was annoyed by her tone.  She finished her rant by telling anyone on her Facebook timeline who had voted Tory to Fuck Off.

He commented – should I leave then?

She didn’t respond so, he unfriended her.  Of course, he sent a Friend Request straight back.  She hasn’t accepted it yet, but she will.   She was just a sore loser.

He had chosen the winning side.

Don't keep this to yourself - tell the world!...

For a rundown of our awards and accolades, click here.

All content on this website is copyright © 2012 – 2022 Cranked Anvil. EXCEPT published winning competition stories and other published stories, which are copyright © the author named. See here for more details.