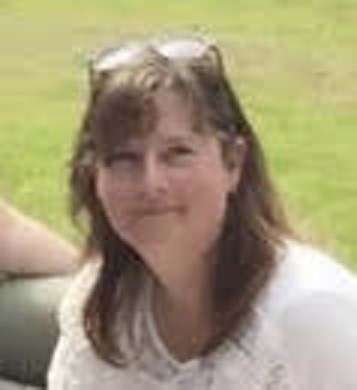 Carole’s short story New Baby made our shortlist in April 2020 and was included in our first short story print anthology. She describes herself as “a 49 year old want-to-be writer. Married to a long-suffering husband for far longer than she thought she would be.”

This is her choice of her five ‘must-have’ books. “All of these books were first read as a child,” Carole tells us, “but they tend to be my ‘go tos’ when I need some escapism or just a timeout from everyday life. For me they never get old and I never tire of them.”

Mister God This Is Anna by Fynn

This book was given to me as a child by someone who came to mean a lot to me. At a time in my life when I was struggling with my home life, it opened a door for me into being spiritual without being religious. It also talks of overcoming great loss and finding happiness again. The character of Anna stands out as being different and special which, for a troubled child gives a kind of permission to be different and therefore special. I have read it so many times and it never loses it impact on me. I find that I give it as a gift as often as I can.

It by Stephen King

This book terrified me when I first read it. I was probably way too young, being around 11, but I enjoyed it so much! I have been a massive King fan ever since, but no other book has enthralled me as much as this one. I think the idea that children team up to fight an evil really appealed to me and the idea that I had to keep its contents a secret from my mother was a bonus. King seems to find the little scary button to push and he does it with an unapologetic style that appeals to me. It is an easy read, an escapism that doesn’t have to be worked at so hard.

One Flew Over The Cuckoo’s Nest by Ken Kesey

I think I must know this book by heart, I have read it so many times. My early teens saw me walking to a second-hand book shop at least three times a week and I found this treasure for around 50p. I still have the original copy, but it is showing some signs of wear now. I just love the story of friendship overcoming some terrible odds, with a terrible price to pay. Much like Of Mice and Men (which would have been book 6 had I been allowed) an unlikely friendship ends with one having to make the ultimate sacrifice. I enjoy a tearjerker but nothing soppy, like boy loses girl rubbish. His dialogue is flawless and reads so well, you feel like you are listening in almost. I always wanted to be able to write with that much unique finesse but still haven’t even come close.

Again, this is a book about overcoming the odds, about being something different and allowing that to make you happy. The imagination that has gone into this book has made it as close to reality as is possible in the written word.  As I read it, and am carried along through the story, the characters become real, they feel like people you already know. Tolkien’s ability to make you care about what happens to each individual is something, I believe, all writers strive for. I know I do.

To Kill A Mockingbird by Harper Lee

I love this book because of how clever it is. How Lee knits all the characters together in such an emotive story is wonderful. It’s written from the POV of a child, but it doesn’t read as childish, it draws you in and you can lose yourself in it. Imagining yourself in the court room, watching the whole sordid affair playing out, or inside the tyre rolling towards Boo Radley’s yard, you can place yourself within the story drawn in by her wonderful story telling.

Any adverts you may see on this website are NOTHING to do with Cranked Anvil, and are not endorsed by us IN ANY WAY. They are just the compromise necessary for being able to run a free website.

All content on this website is copyright © 2012 – 2021 Cranked Anvil. EXCEPT published winning competition stories and other published stories, which are copyright © the author named. See here for more details.